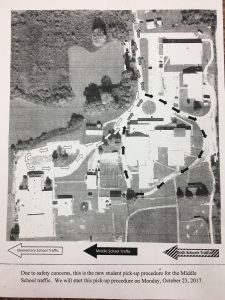 In 1937, near the site of our present school, Powell Valley Elementary School was built to relieve overcrowding at the Powell Valley High School. From its beginning in 1914, to the present, it consolidated Bolinger, Bradens, Cawood, Flat Hollow, and Red Hill Schools, as well as, the Speedwell Academy, which is recognized as the oldest school in the state of Tennessee.

On December 25, 1968, the old elementary school burned. A new building was built at our present location, and the doors to our present school opened for business in 1970. The building was an open classroom structure with a centrally located library, office, cafeteria, a small gymnasium, and six enclosed classrooms. Later, the open classrooms were enclosed, four new classrooms and two bathrooms were added, and the gymnasium was enlarged to include two athletic dressing rooms and additional seating. *

*The information was taken directly from Speedwell (Through 200 Years), Bonnie M. Page, Compiler, and Editor. 1985.

Powell Valley Elementary School’s original structure was built in 1970. This building houses our Kindergarten through 4th grades. A new wing was added in 1984.

In 2003, the consolidation of the county high schools enabled the elementary school to expand its space. The vacant high school building became the new facilities for the Powell Valley Middle School grades 5th through 8th.

Presently there are over 21 regular classrooms, including individual Special Education classrooms, 2 guidance counseling areas, 4 computer labs, 2 libraries, 2 cafeterias, and 2 gymnasiums as well. Powell Valley Elementary also has a convenient head start program located right on its campus. The head start facility has a central location on campus with its own fenced in play area.